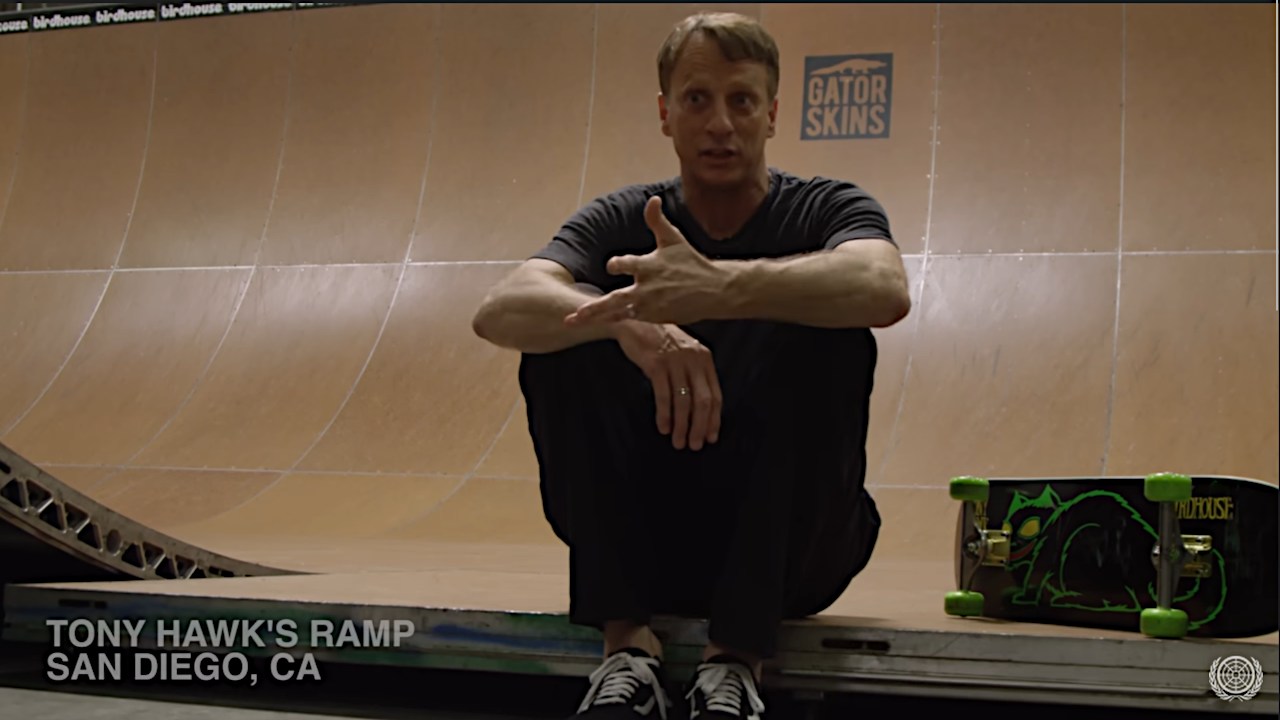 You wouldn't think that the world's most famous skateboarder doing a kickflip would be a video on Youtube.

But it is, because he broke his thighbone in half and is recovering - the video shows him trying to do a kickflip on his private ramp, approximately where he landed when he broke his leg.

Tony Hawk has been a top skater my entire life (he is 5 years older than me) and I had a dark red Bones Brigade Tony Hawk deck from Powell-Peralta growing up - the small one with the indented nose - I think that was my last skateboard back then. I am not really sure what happened to it, I may have sold it to someone to buy some Amiga-peripheral. 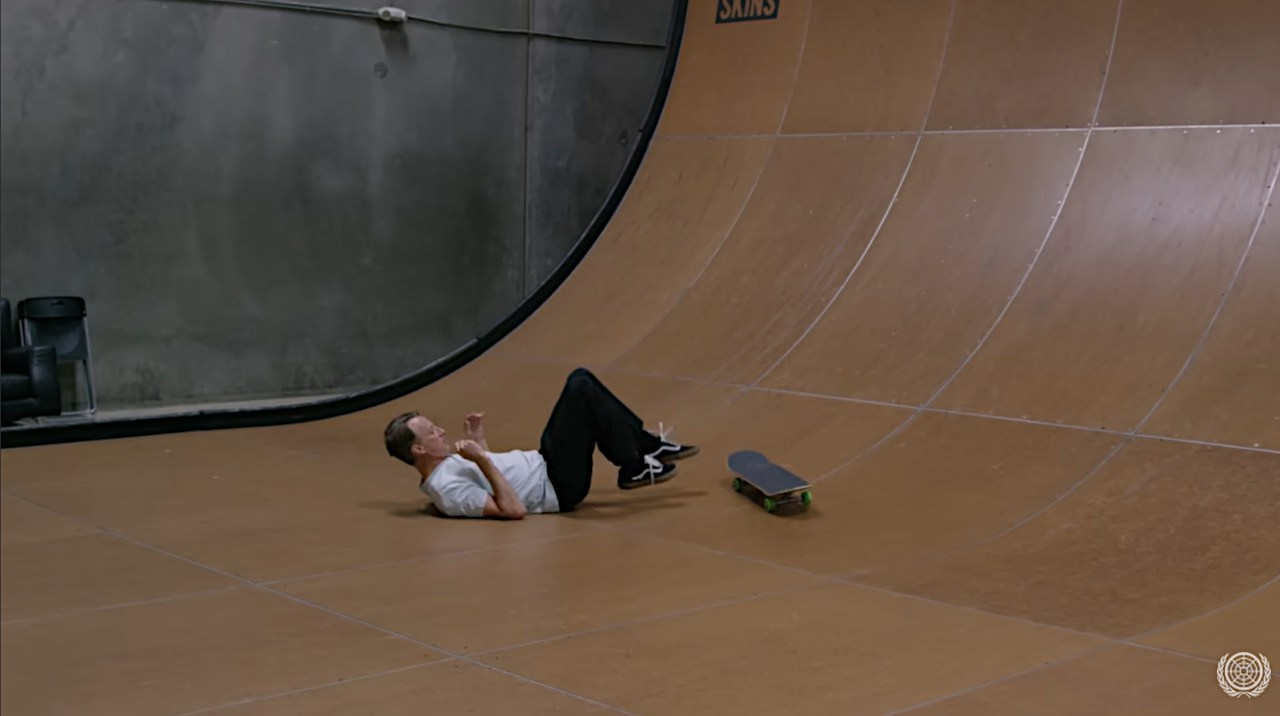 Anyway, the video shows Tony Hawk's fear of trying this famous and (for any good skateboarder) simple trick [no, I never learned it], and him struggling to perform it.

Every time he falls you can see how he tries to take the force of the fall with his arms instead of tumbling and hitting his leg.

I find it moving that he shares how nervous he is and how much of a struggle it is for him to do the trick. That's not the macho culture we're used to. Very touching. 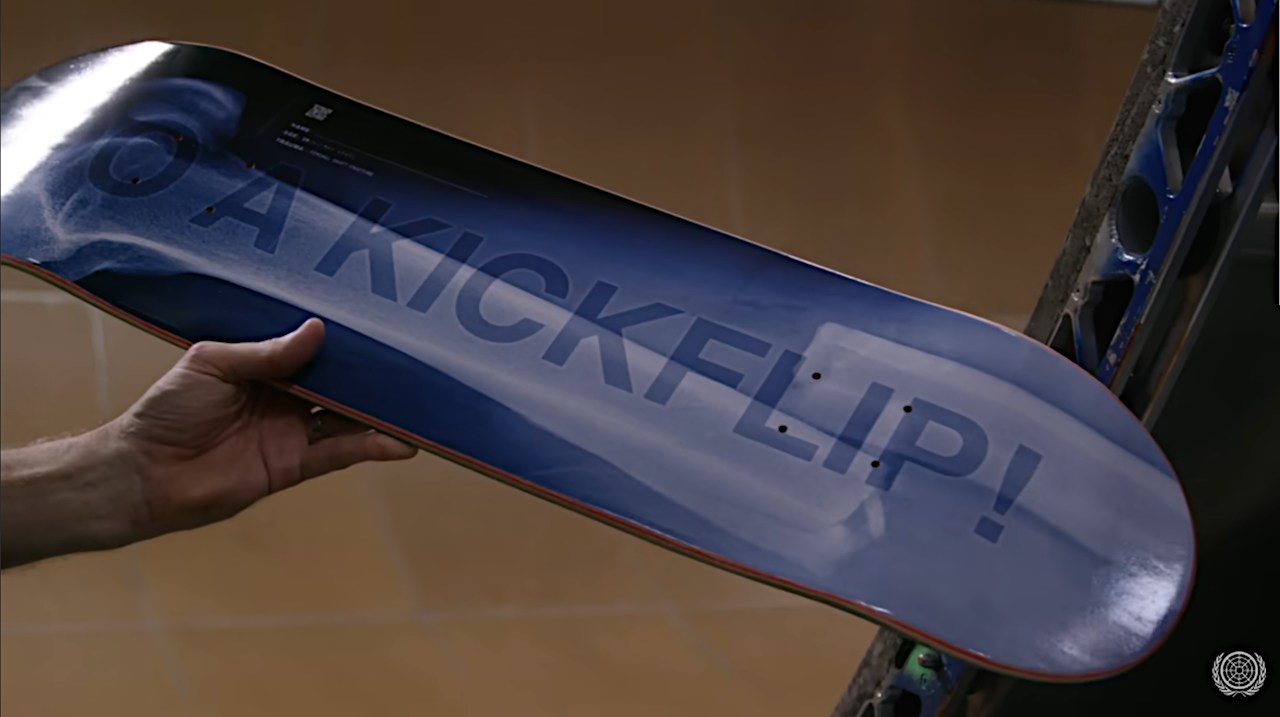 Well done, Mr. Hawk, there is hope for the world still.

Not everything is teary eyed and rosy of course - he keeps trying until he makes it, and then continues to sell skateboards adorned with an x-ray of his broken leg. Commerce still rules in the end.