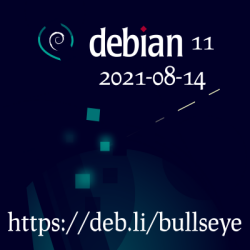 After the release I upgraded my two small VPS's, which was smooth as can be - they only run bind and Postfix, plus one of them runs Jitsi.

I postponed the upgrade of my main/home server until today, a week later.

Upgrading was reasonably smooth this time, so far I have only had these problems:

I had to build all my Haskell-based websites again with cabal new-build and adjust the paths to the binaries.

Interestingly, this time around none of my Perl based websites broke.