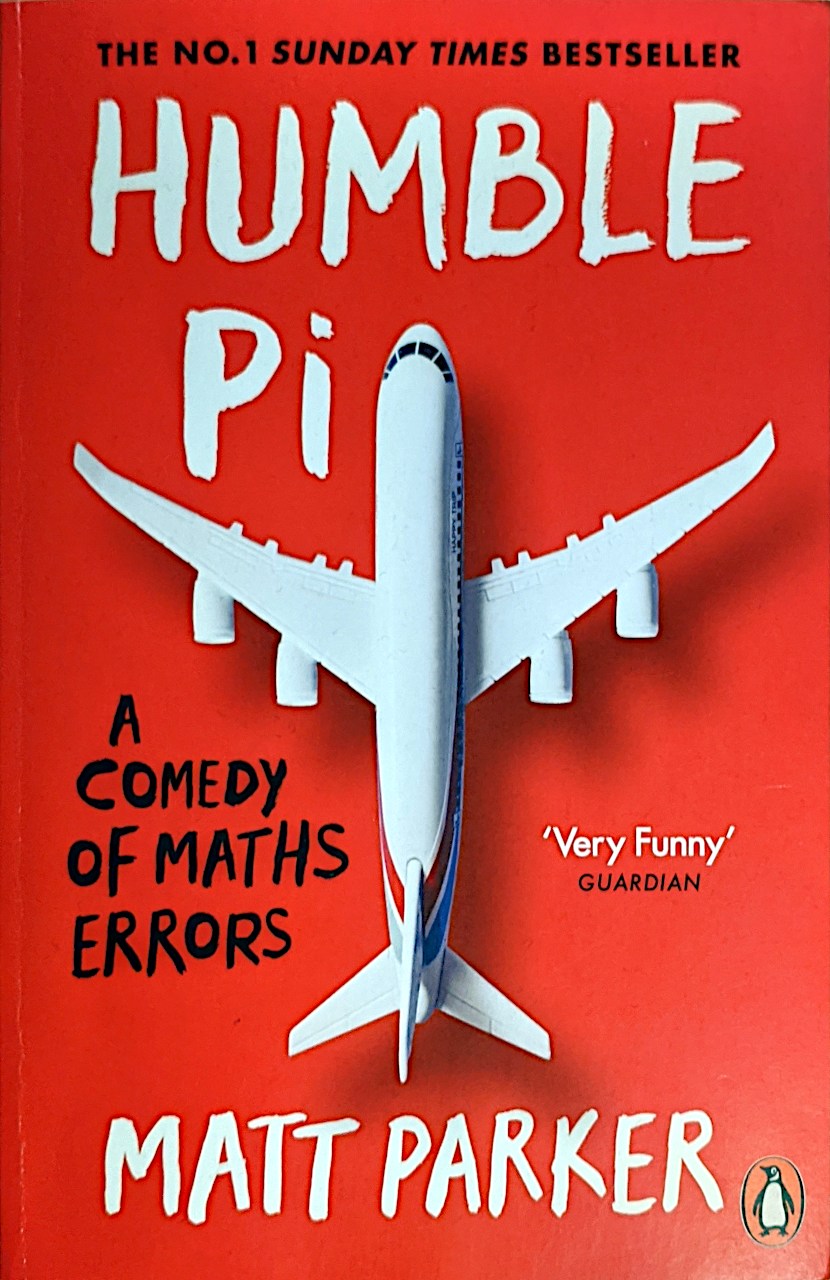 I think I bought it because I enjoyed listening to the podcast called "A Problem Squared", which is hosted by Bec Hill and Matt Parker.

I felt as if I had heard many of the anecdotes and stories before, but - at least for some of them - that might be because various people picked up stories from the book and (re)told them.

I had definitely heard about the Gimli Glider before, and just as I had read, in Humble Pi, about the cockpit window that was put on with the (slightly) wrong type of bolts, resulting in the pilot being sucked halfway out of the airplane, I listened to an episode of the podcast "No Such Thing As a Fish", which mentioned both stories in the same order as in the book. Good stories, no harm done, but a little funny.

The most surprising thing to me was that the book - in connection with a section on LEGO - mentions a maths professor, Søren Eilers, at the University of Copenhagen, who was a young ph.d there, when I was falling asleep in maths lectures there (not his fault, I should mention).

The other fun thing was that the book contains an error in the description of what the Unix command "sudo" is short for.

I remember this quite vividly, as in the early 2000s I was telling a new hire what commands to run to do something setting up a Linux computer, and "translating" the commands on the fly, and as I translated "su" to "superuser", an expert across the office interrupted me with a swift and terse correction: "Shift User". It has stuck with me ever since.

Funnily the wikipedia page on "su" says it's short for "substitute user". I'm pretty sure I was corrected to "shift", but anyway…

The book is a fun and light read.