I thought it was time to upgrade my home server, virgil.

My home server runs a bunch of services:

Think about hosting your things yourselves, instead of "gifting" it all to big corporations, folks!

Apparently I am not good at recording/remembering when I do stuff like this, so let's try to remedy that.

The new setup has built in graphics, so I could retire the fanless Asus Radeon-something graphics card I had attached.

What I hadn't thought about was that the new motherboard only has PCIe slots, while I was using a PCI slot for the Intel Pro 1000 GT network card, so now I'm using the Realtek 8169 that is built into the motherboard. So far it works.

Another problem was the huuuuge Scythe Ninja 3 rev B CPU cooler that I used - it doesn't fit the new motherboard, as the holes on an AM4 socket board are placed differently than on an AM3+ board. So I had to find an old cooler that clicks on in the standard way. 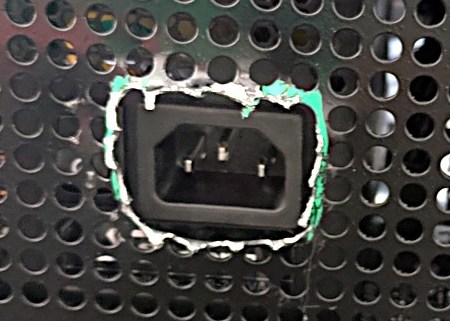 I also went from no cabinet (parts lying on a shelf) to a SilverStone SUGO SG11. This posed some challenges - the old cooler I dug up is smaller than the huge one I was using, but it is large enough that the [fanless] power supply wouldn't fit in its natural place. So I yanked out the drive cage from the cabinet and plonked the power supply in there. Only problem then was that the plug had to go through the side of the cabinet. Nothing a little violence couldn't fix, though.

Transfering the contents of the old SSD to the new was as easy as connecting both of them, booting from a USB-stick, partitioning and formatting the new SSD, rsync'ing over the contents, chroot'ing into the new SSD with /sys, /proc and /dev bind-mounted, running grub-install, and rebooting, after adjusting the fstab and /etc/network/interfaces. Ah, the joy of Debian GNU/Linux.

Part of the exercise was to reduce the power consumption (although that was mostly an excuse for upgrading). I have an old "Watt-o-meter", which showed 75-80W most of the time for the old setup. Unfortunately it seems quite unreliable, because now it shows 0.4-0.5W.