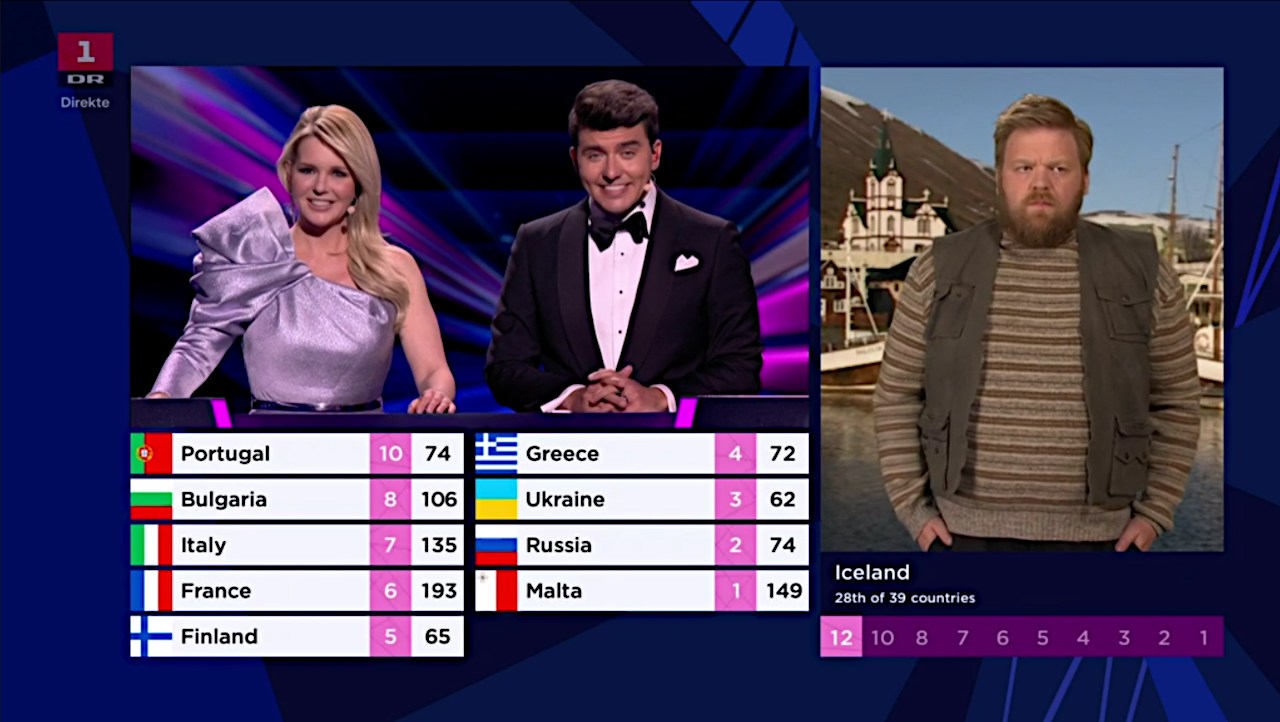 I guess it's a sign that we're slowly moving closer towards the end of the SARS-CoV-2 pandemic in Europe, when the Eurovision Song Contest can be held with an audience.

I got my vaccination invitation today as well; nice.

With regards to the contest, I only realized it was this evening when they were at song 17, I think. It's sad that there are now multiple shows - semi-finals. Don't drag it out like that.

Anyway, the song from Ukraine was fun and the one from Belgium (which was earlier in the show, so I only saw the same 5 seconds of it in the three recaps) stood out.

United Kingdom got zero points of the juries and also zero points from the public vote. If it wasn't because the UK usually performs like that in Eurovision, you'd have thought it had to do with leaving the European Union. Unfortunately Graham Norton's commentary wasn't available to me.

Israel and Australia are in the contest, so I guess the "Euro"-prefix is to be taken quite loosely.

So, Denmark almost won! At least that's how we'll interpret the Italian win, as the band has a Danish name "Måneskin" (moonlight), and the bassplayer's mother was Danish.

I like that the song that won was sung in the country's own language, rather than English. It was also different that the woman in the band was the one showing the least skin. That's usually not the Eurovision dress code.

Hearing the reactions to the countries that got zero points, and seeing the despair in the faces of the two runner's up as the last points were announced was both sad and, well, I mean it is a music contest, it doesn't make sense, so, also fun.

As usual the songs were utterly forgettable. I can't remember anything from any of them.