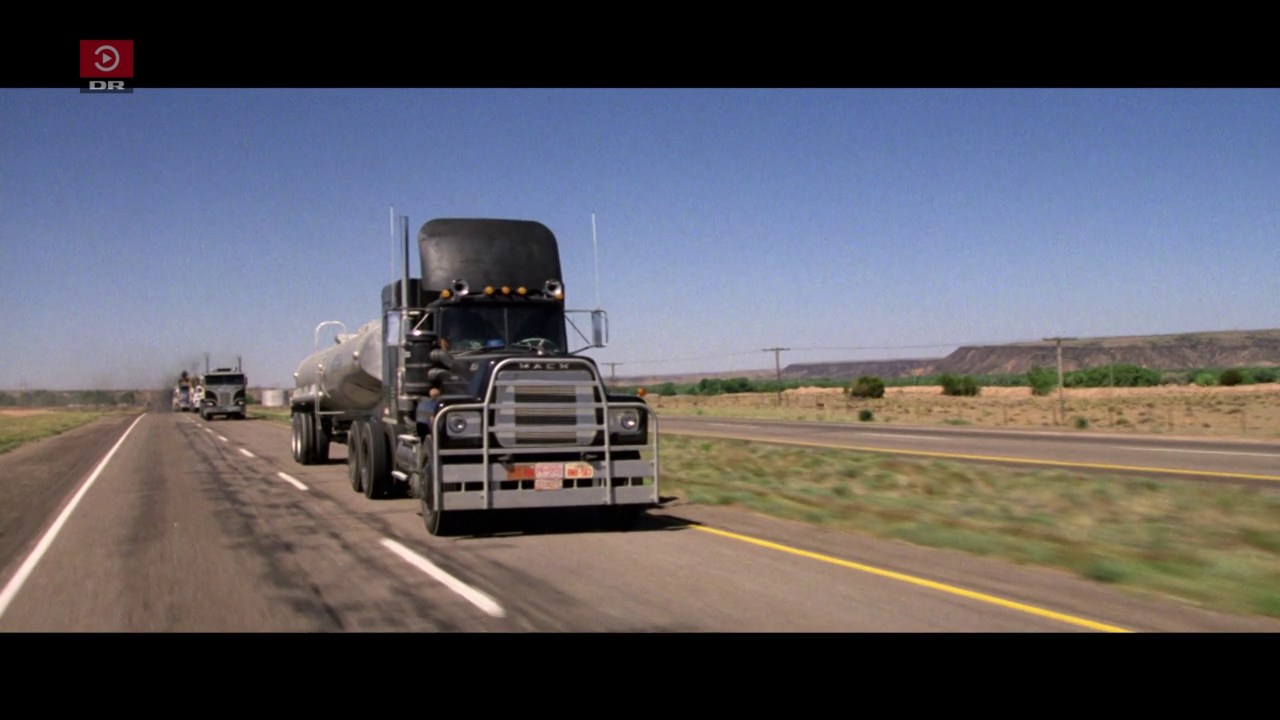 Danish National Broadcasting has Convoy on their website for a week. 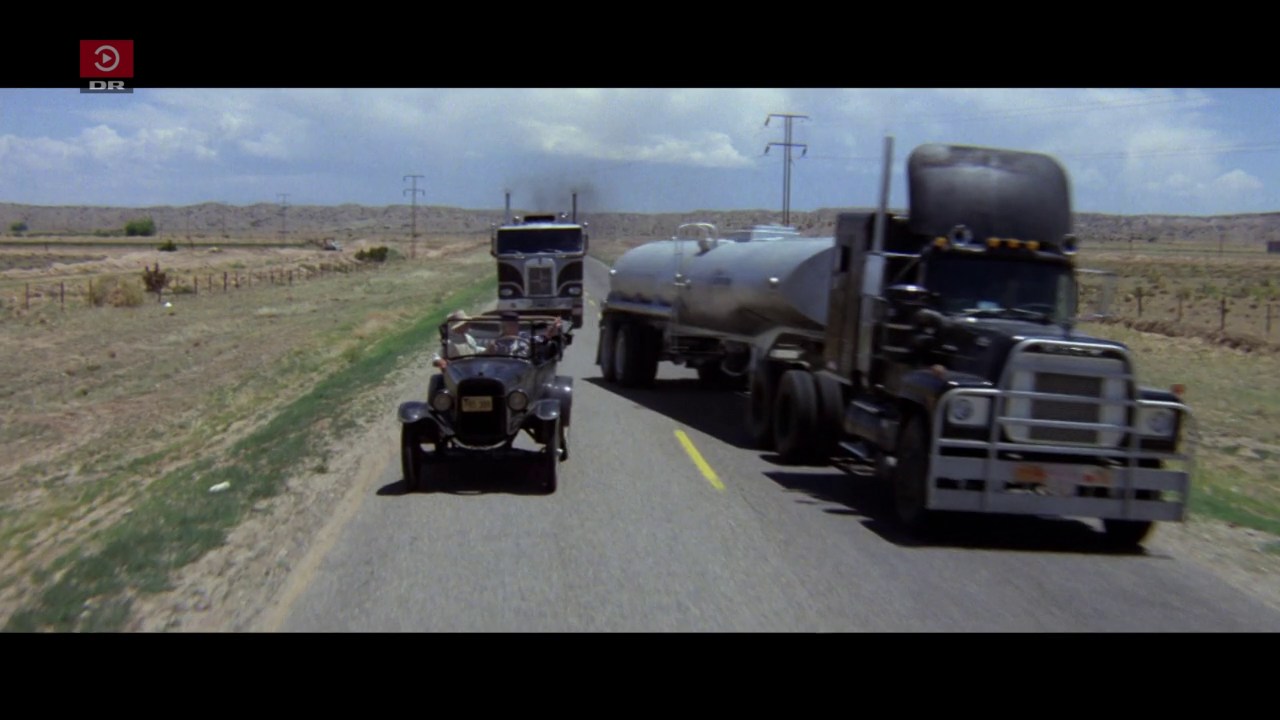 The first many times I saw it on TV the movie started out being compressed to 4:3 format, so all the trucks in the beginning looked very narrow and tall. After the text in the beginning I think it switched to pan-and-scan, which also wasn't great. However this version is full wide screen and, as far as I can tell, the correct ratio all the way. 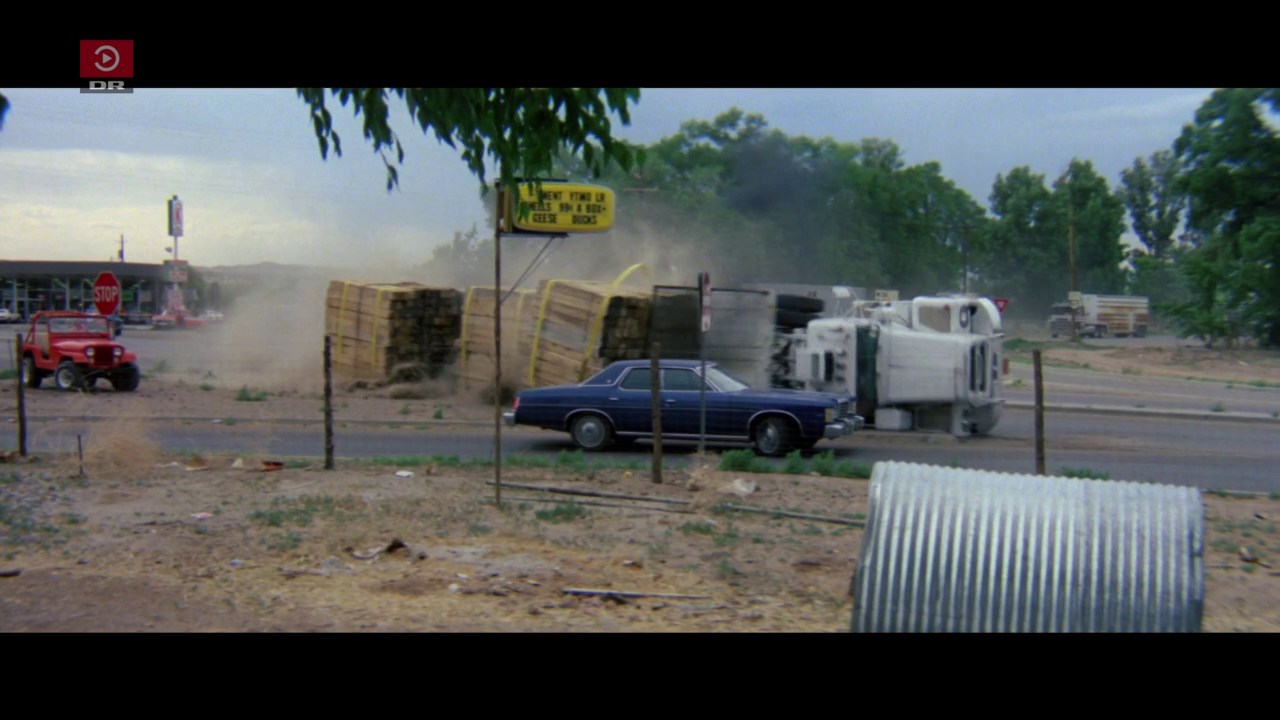 The movie is a classic, the quintessential trucker movie, replete with country music and trucker radio slang. As it was directed by Sam Peckinpah, it has many slow motion action sequences of fights and collisions.

What it doesn't have, however, is any kind of coherent story. Which I guess is a shame, but the movie is charming nonetheless. 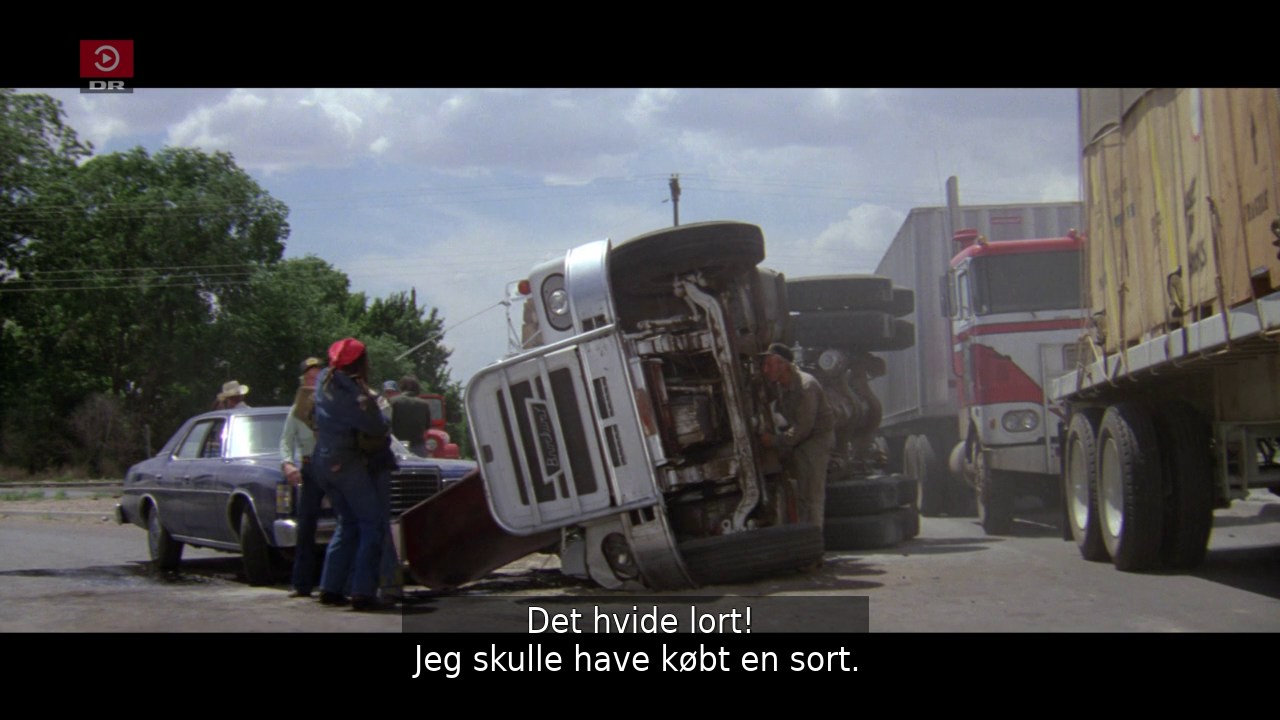 It is full of classic gags - the black truck driver blowing a tire in a tight turn and rolling over in a white truck, and after being dragged out yelling: "God damn white truck, I knew I should have bought a black one!" 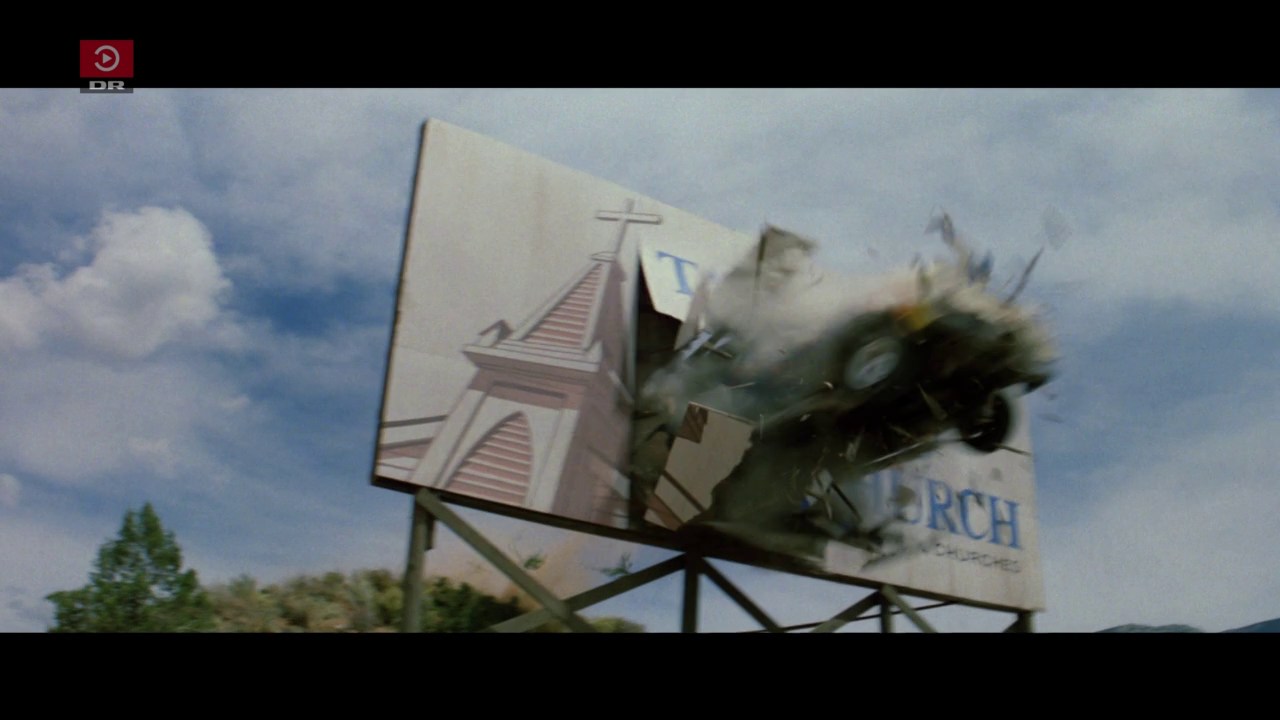 Or how about the cop Dirty Lyle commandeering a car from a couple of teenagers busy trying to swallow the weed they were smoking when he headed for their car, only to get run off the road and flying through a church sign saying "Welcome to church" and through the roof of said church! 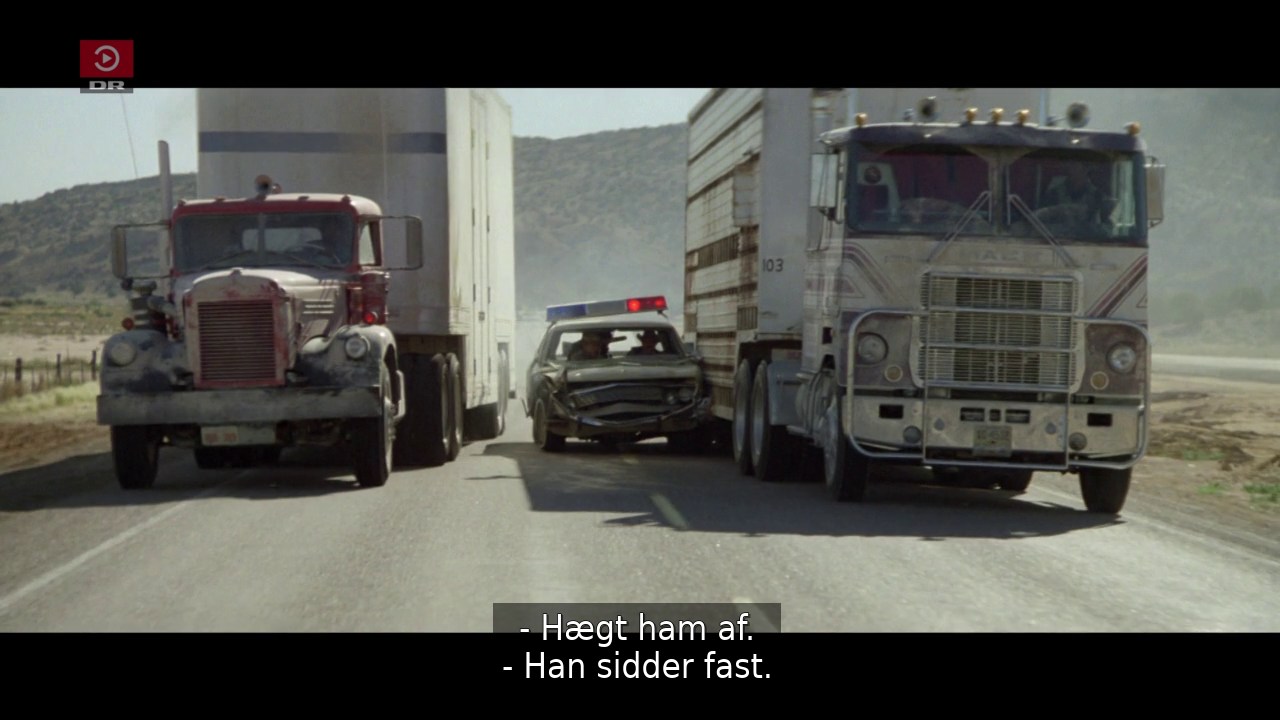 Another classic is the cop car being mashed between two trucks until it is so broken that it is left in the roadside. Lyle calls for a replacement car, and new trousers for his passenger. 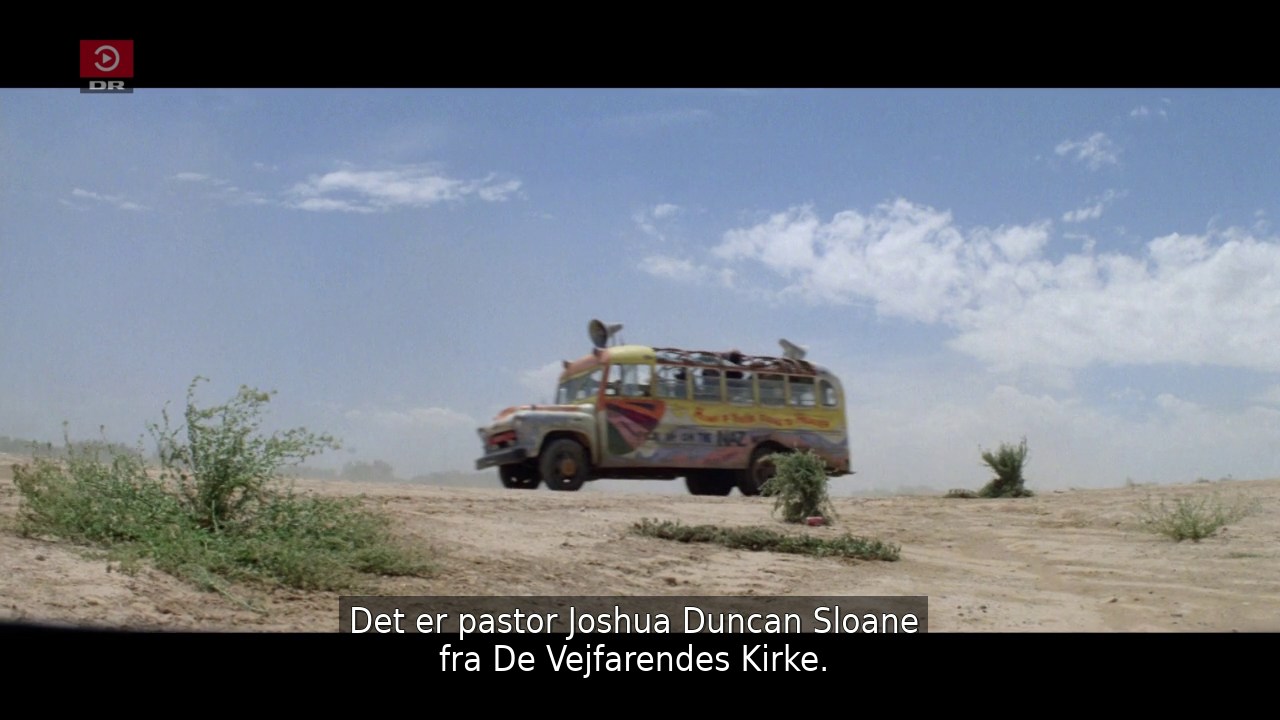 The convoy is joined by a small bus off jesus freaks, and the reverend declares "Nowhere in scripture have I come across thou shall not put the pedal to the metal!" 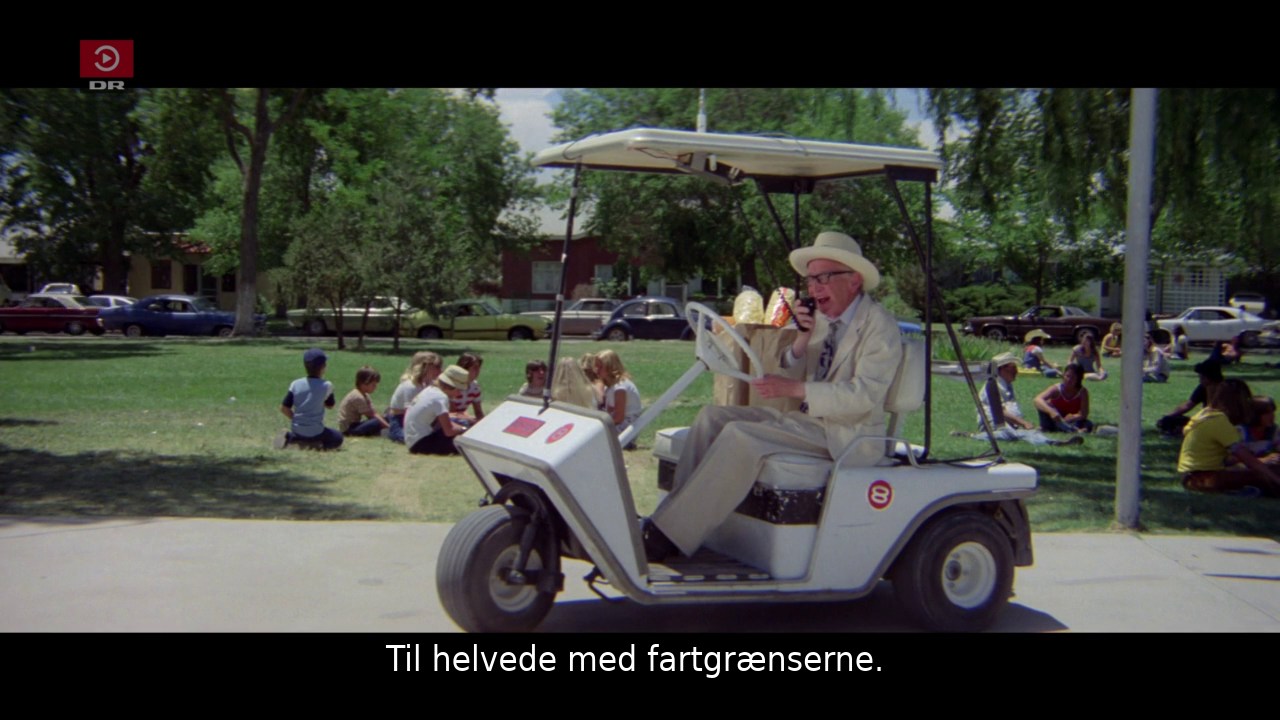 As the trucks move along more and more trucks join the impromptu convoy, leading to the gag of "18 wheel Eddie" coming on the radio damning the speed limits and joining the convoy, in spirit anyway, as he is driving a golf cart. 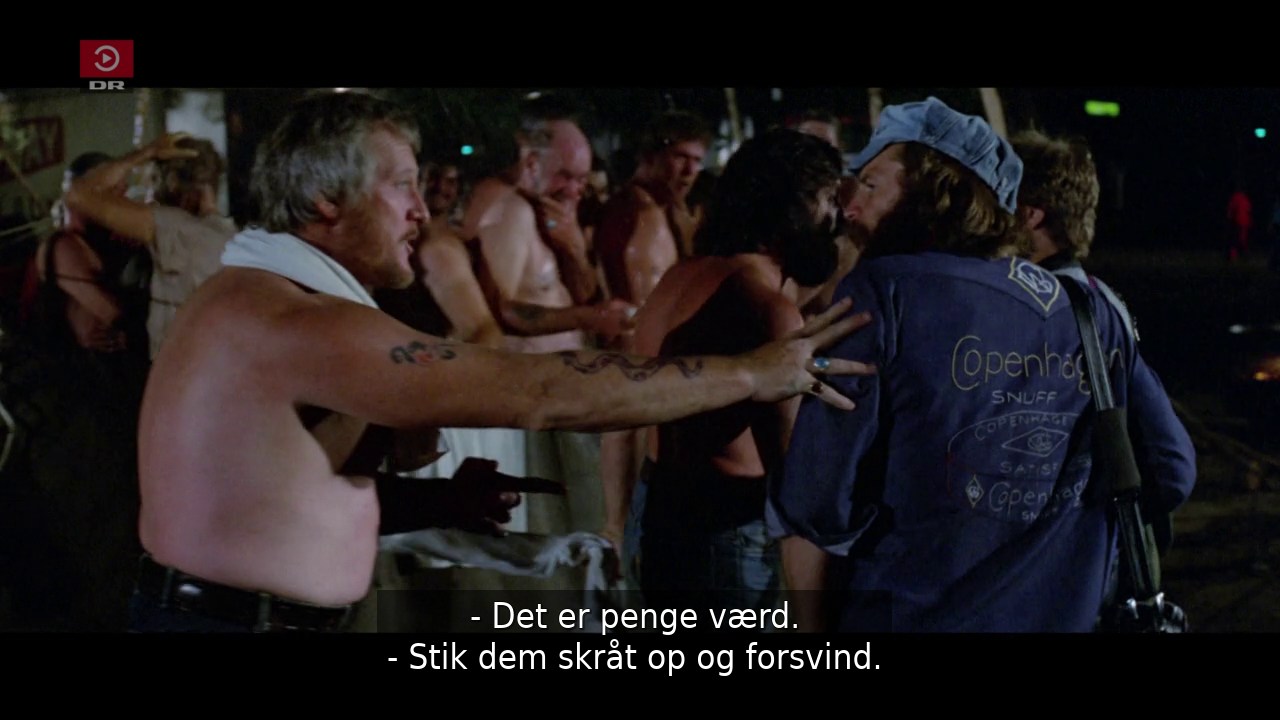 As the convoy pulls over in a field and everybody takes a communal bath, a photographer funnily wears a jacket that advertises "Copenhagen snuff"! 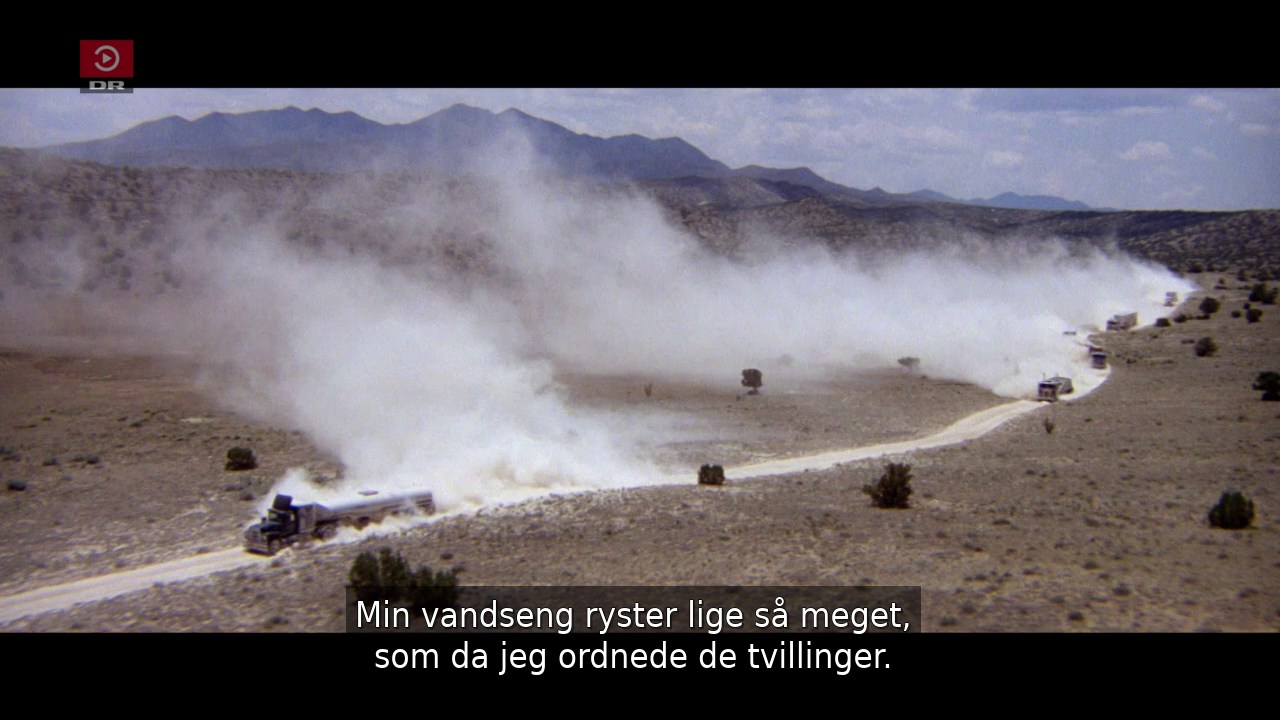 Convoy has been described as a western only with trucks, and that's not inaccurate.

The main character Martin "Rubber Duck" Penwald is very reluctant to lead anything, he just wants to drive - while the girl he picks up along the way wants him to change the world. I don't know if it is a slight reference to Bob Dylan being called the spokesperson for a generation and not wanting to be that, with Ali McGraws character being a parallel to Joan Baez? Not sure, regardless, the story is weak. Still, it's a trucker classic and who doesn't like a good dose of cb radio slang? I give it 3 stars. 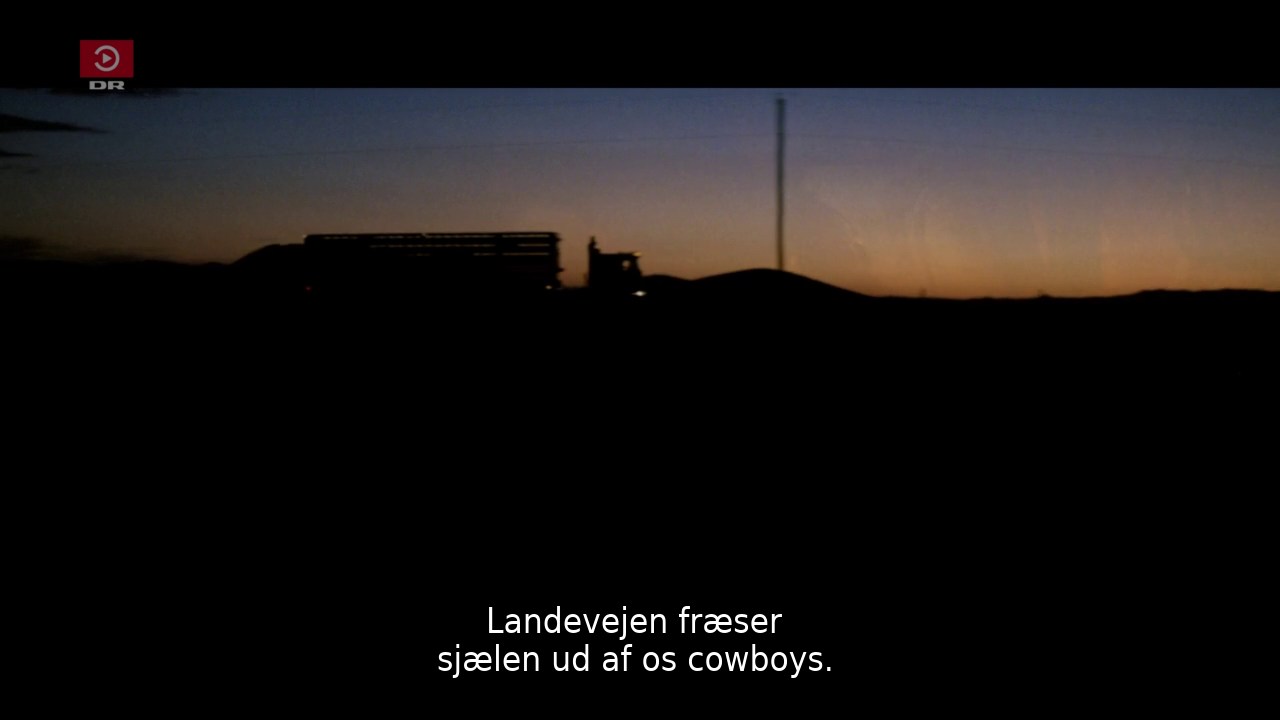