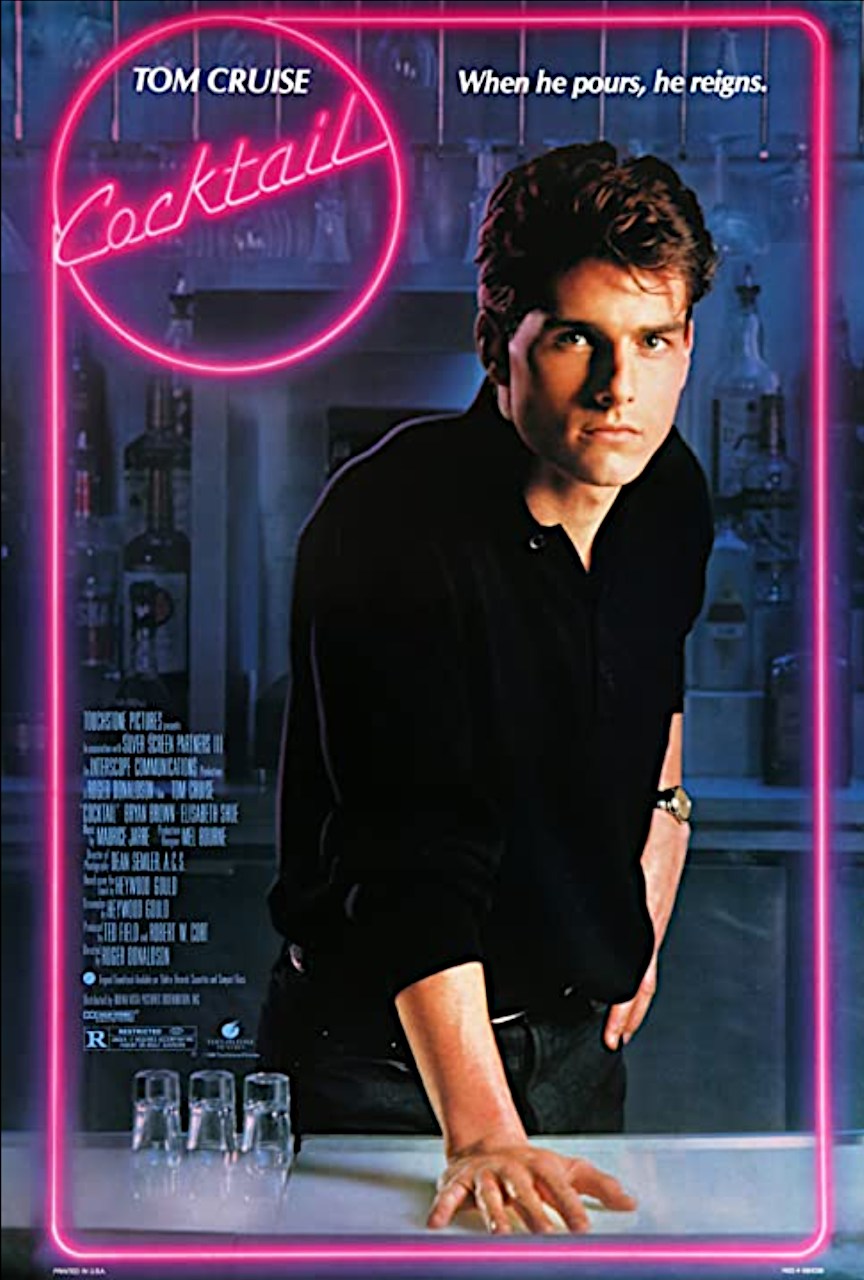 A blue-eyed young man leaves the army and goes to New York to earn a million dollars.

Instead he becomes a brilliant bartender in 10 minutes, curtesy of a wise and philosophical bartending mentor, and drops out of business school.

He meets the love of his life in a Jamaican beach bar, but loses her because of a bet with his bartending mentor about whether he can bed a rich lady.

He returns to New York and tries to win the love of his life back by annoying her sufficiently. She scares him away by being pregnant, but she is of course heartbroken.

She of turns out to from an extremely rich family - but hid this so he wouldn't take her because of the money, obviously. Her father tries to pay our hero to go away, and suddenly our bartender turns out to be an upright citizen of utmost respectability. 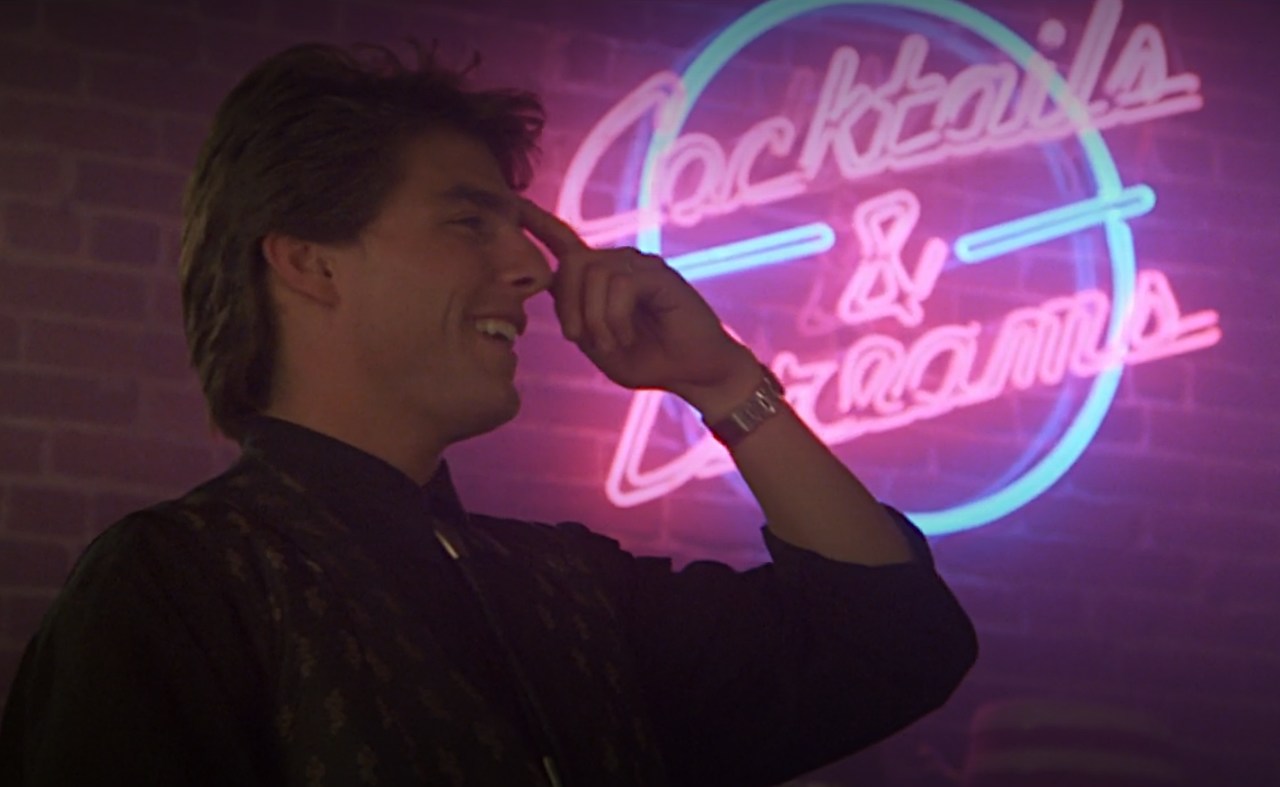 Before winning the love of his life back by defeating the surprisingly lax security at the womans familys luxury penthouse and knock-outing the doorman, he goes through the teary ceremony of losing the bartending philosopher to suicide - only to run away with the pregnant girlfriend and opening his dream bar.

I guess it aged... slightly better than "Pretty Woman"?

I think the soundtrack was equally successful as well.