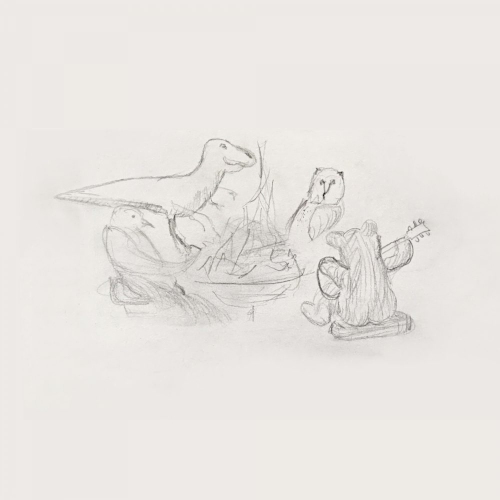 Warming up for Big Thief tonight was Tucker Zimmerman who I had never heard of before, so we arrived at the time the concert was announced, to hear him as well.

It was touching to see the band help Tucker Zimmerman (he is of 1941-vintage) on- and off stage - they also accompanied him on a couple of songs, including the encore.

I can't remember being at a concert where the warm up artist played an encore before :-)

It was quite fitting that this concert was my first since the SARS-CoV-2 lock down on March 11, 2020, as the early Big Thief concert that evening was the last concert before the lock down - the late concert got cancelled!

I still haven't heard any of their recorded music, so I know very little of it, but I also enjoyed this concert - which was sold out - and so did the audience, which seemed quite in tune with a very sympathetic band.

If Big Thief plays near you - next are Stockholm, Helsinki, Stavanger, Bergen, Oslo, Göteborg, Pilton, Cologne, Utrecht, Brussels, Belfort, Hamburg, Roskilde, Berlin and then Australia - go check them out!